Scroll to the bottom to read about how this project came to be. 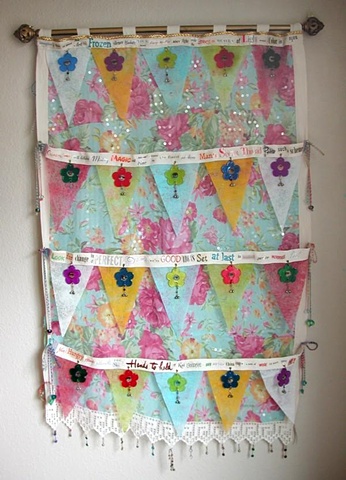 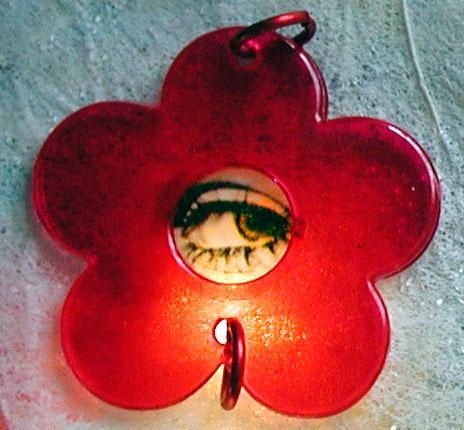 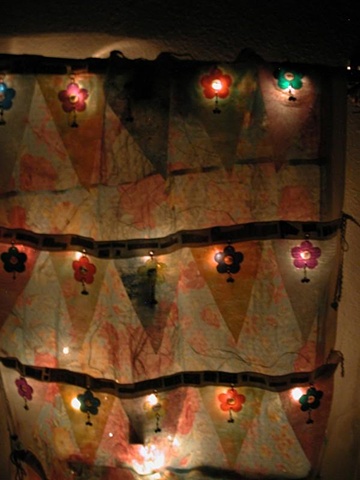 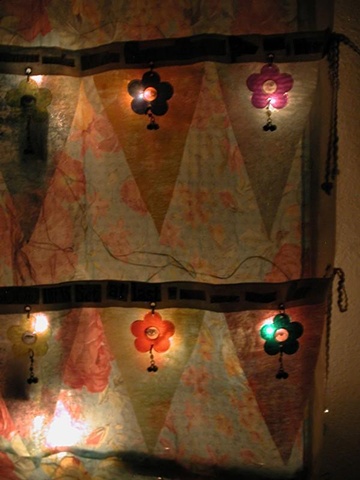 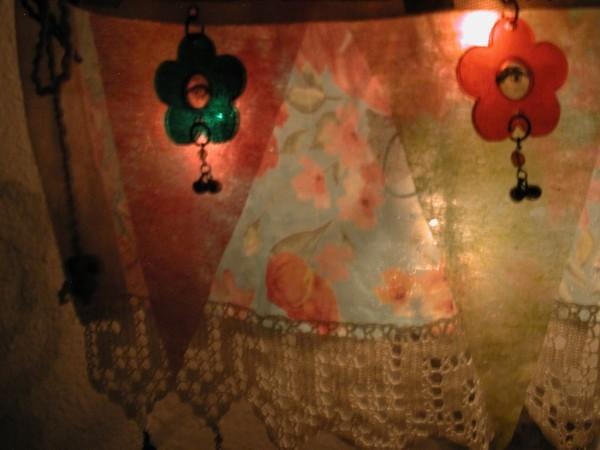 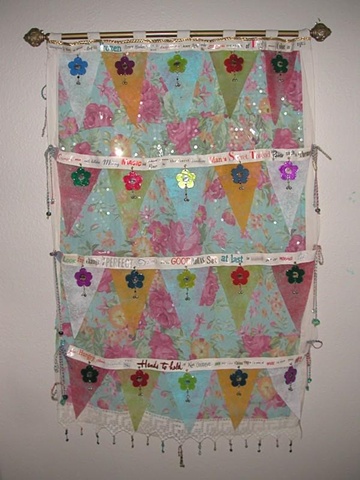 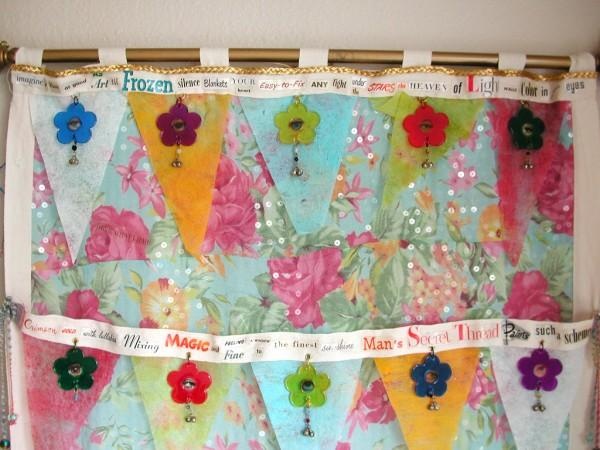 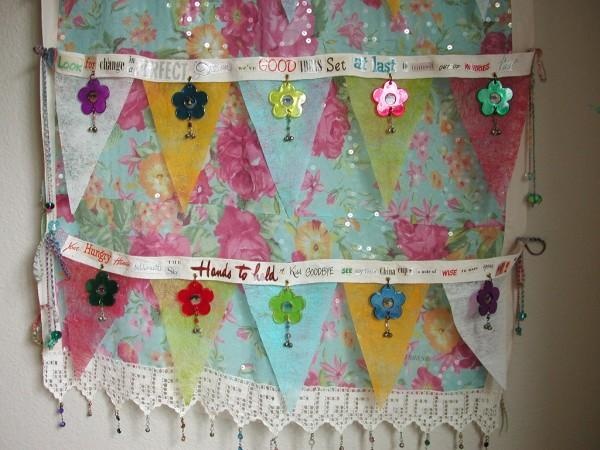 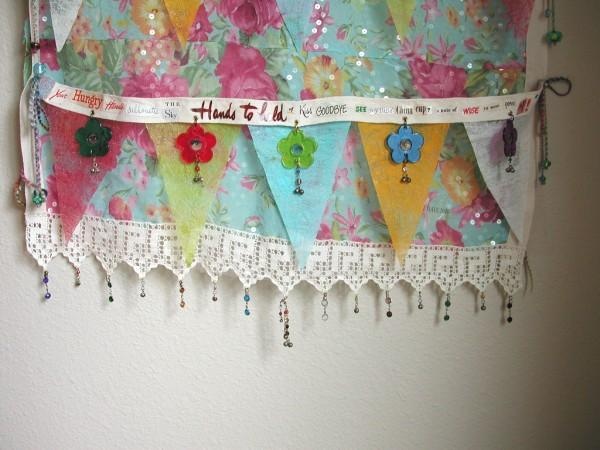 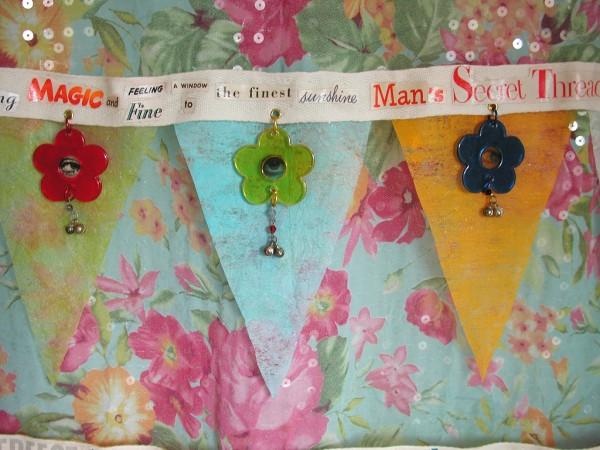 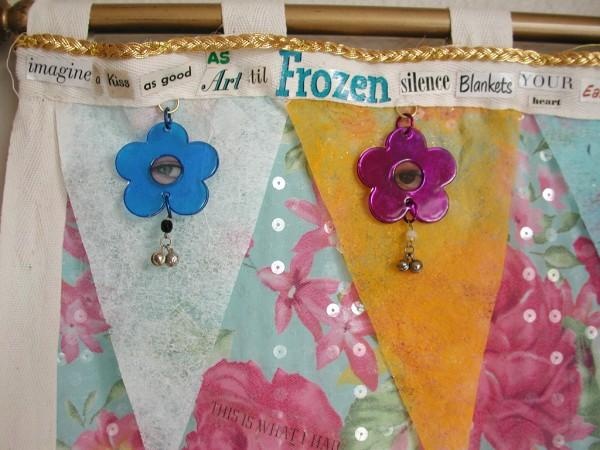 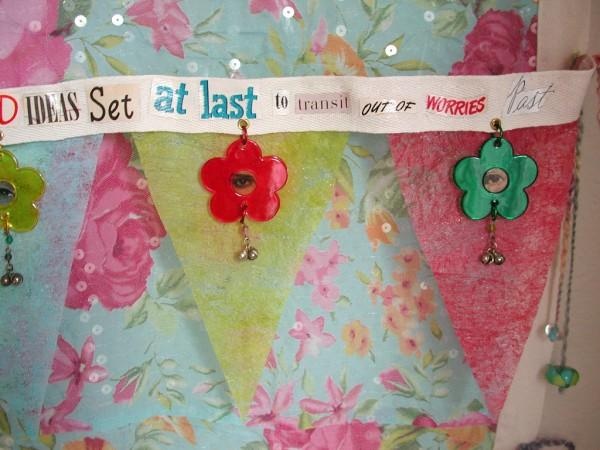 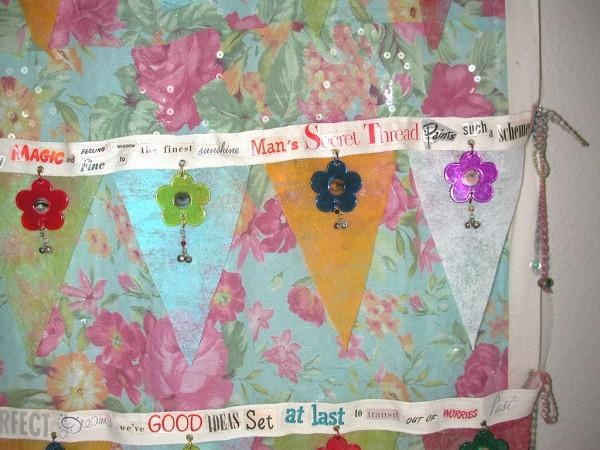 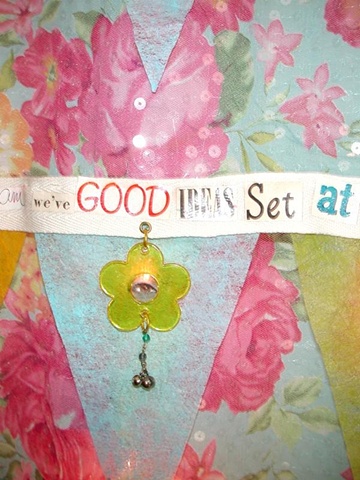 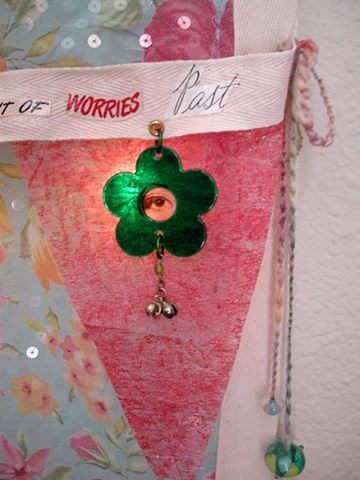 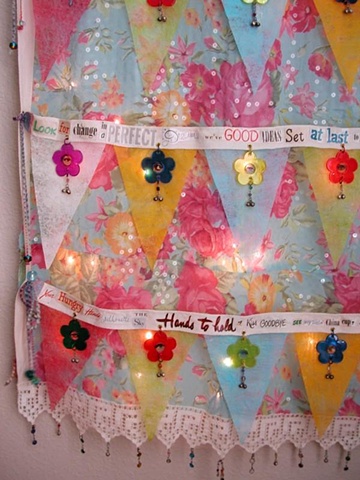 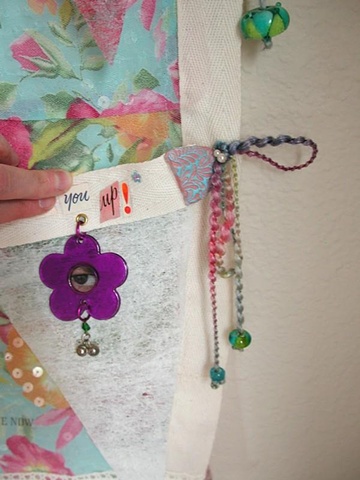 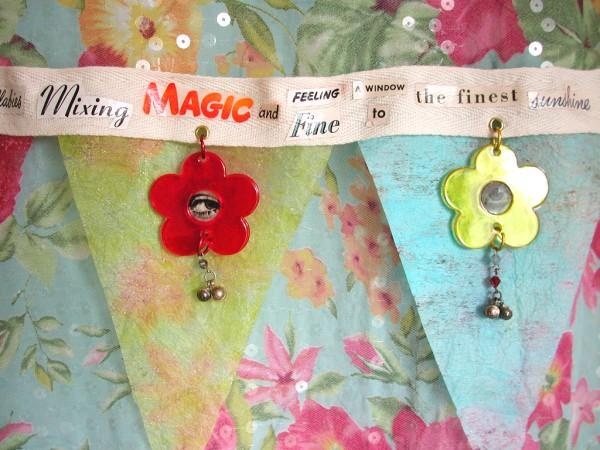 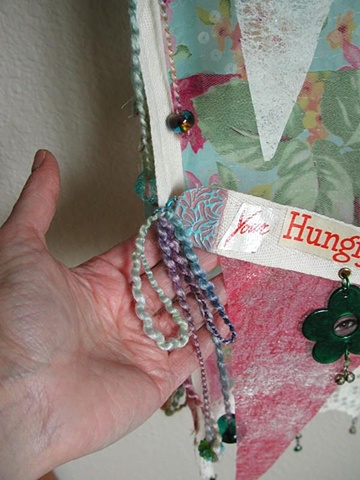 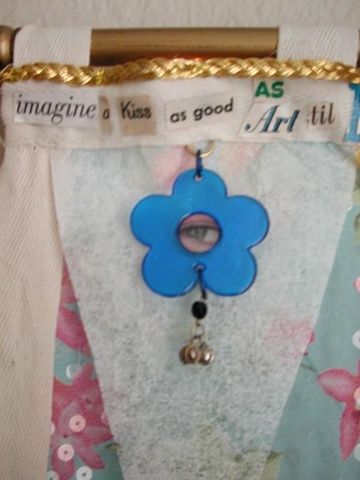 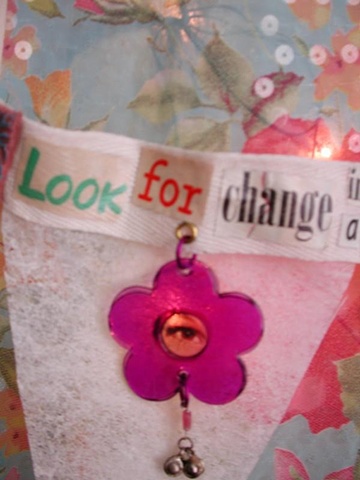 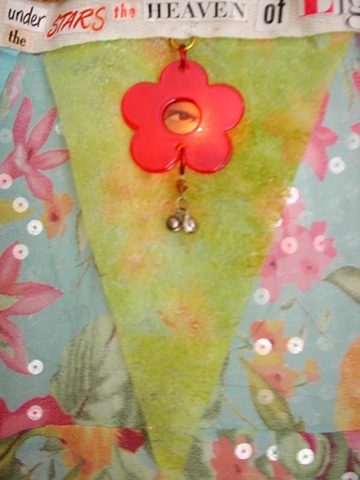 This piece was created for an exhibition called, "Nam: The Sky's Curved Mirror," which took place in Dunedin, New Zealand in 2011. The show was a huge success. It was organized by fellow artist, April Dolkar, who wished to honor 50 years of Tibetan Culture in exile.

April wrote this for the prospectus:

"NAM (Tibetan for 'sky') refers to the boundless expanse and ground for experience. As such, this concept is related to artists' collective works, and the viewer's response ~ each resembling the contemplation of the sky, in a full state of receptivity. Like a curved mirror reflects light, visual and performing artists will explore the interstices of memory & inspiration, search for expression, and offer new works to create & reflect our exchange of internal & intercultural dialogues for the expressed purpose of world peace.

A curved mirror consists of a (larger) number of (smaller) plane mirrors oriented at slightly different angles. The laws of reflection apply in surface interaction & tension of varied mediums. In our collective artists' group-space a mirroring occurs, outside the stereotypical concept of 'self ' and 'community' - to form a unified whole from diverse expression.

Thus, "NAM: The Curved Mirror" is a metaphor for self-expression in mutual support & inter-cultural solidarity. We are bringing together a diverse group of artists, each in their respective mediums, to form a greater synergistic and strengthened whole."

While creating this piece I found myself really focusing on boundaries, and on the fact that there is but a fine line that divides us. This is almost literal in my piece - there is something called the "blue line," or McMahon line, that was drawn onto the map to show the boundary between "inner" and "outer" Tibet. The blue line of Prayer Flags down the center of this piece reflects that line.

Tibet is a country where the people are denied most rights guaranteed in the Universal Declaration of Human Rights. This includes rights to freedom of speech, assembly, movement & expression, and self-determination. While the Chinese government says that the human rights situation in Tibet has improved, Amnesty International states that political prisoners are still tortured and killed. There are groups that have tried to step in to help, but such groups are not allowed into the country legally.

This banner was created using a broken curtain rod, an old skirt, tulle, battery-operated fairy lights, plastic flowers, vintage lace, image transfers (eyes), used dryer sheets (prayer flags), beads, clay, and other found objects. There is a poem that runs across the white lines - this was created with cellophane image transfers made using words from vintage magazines--the eyes were created the same way. I constructed some of the adornments with clay, as seen in one of the detail images. The "eyes" looking outward represent the eyes of the people of Tibet, looking out from behind their wall of silence. The poem reads:

Imagine a kiss as good as art 'til frozen silence blankets your heart Easy to fix any fight under the stars, the heaven of light. Walls of color in your eyes Crimson gold with Lullabies Mixing magic and feeling fine a window to the finest sunshine. Man's secret thread paints such a scheme Look for change in a perfect dream. We've good ideas, set at last to transit out of worries past. Your hungry hands silhouette the sky Hands to hold a kiss goodbye. See my little China cup? A note of wise to warm you up.