I was a 2011 third place winner in Grand Haven's Rocket Fish competition - the Minnow division. The piece is called "Chaos" and was inspired by the Maori legend of Papatuanuku, the Earth mother, and Ranginui, the Sky father, who came together in darkness and bore seventy sons, also known as Maori gods.

The children were held by their parents in eternal darkness until, after repeated attempts, they were finally separated by the god, Tane-Mahuta who was very strong. This was much better than the alternative idea of killing them.

"Chaos" loosely portrays the congested street as a modern-day Papatuanuku (the earth mother), and the sky as Ranginui. There are elements of peacefulness contrasting the chaos, and the eyes, which represent the children (the number of eyes is not accurate in accordance to the story), are glued onto two of the panels showing two sides: peace and war. The tornado represents Tawhiri Matea, the god of wind and storms--who, as the legend goes, was the only child who did not wish to separate his parents as he was worried about his kingdom being overthrown if they were.

After the separation, Tawhiri Matea joined his father in the sky, and in revenge, caused violent storms across the land. Tane created a woman from clay and breathed life into her. She was called Hine Ahu One (the eye peeking through the calm sky is loosely based on her). Tane and Hine Ahu One (which also translates into something a bit like earth maiden or woman of the earth) bore a daughter whom they named Hinetitama. The girl flying the kite could easily be interpreted as Tane's daughter, as she flies a kite in Tawhiri Matea's winds, oblivious to the danger of his storm.

So, in honor of my love for Aotearoa, land of the long white cloud (a.k.a. New Zealand), this is for Papatuanuku and Ranganui, and for Tawhiri Matea, who may offer some insight into my love of storms.* 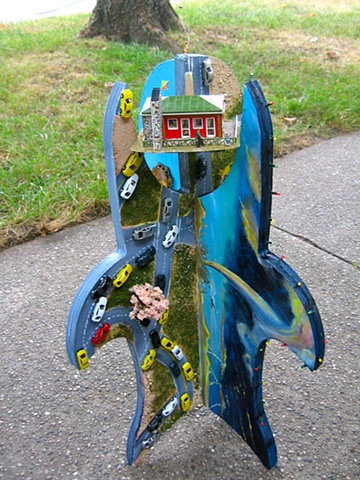 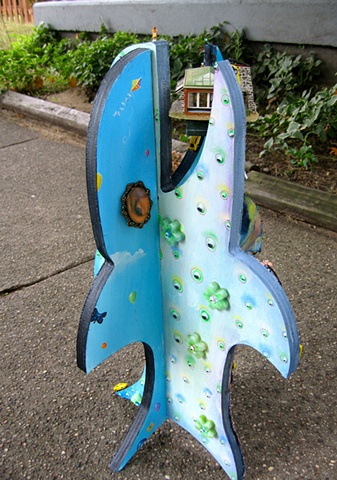 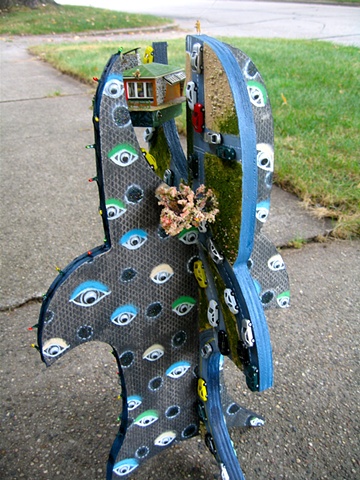 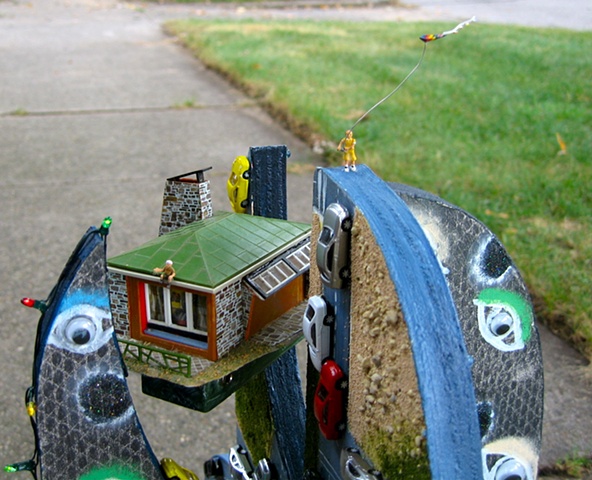 Close up of house 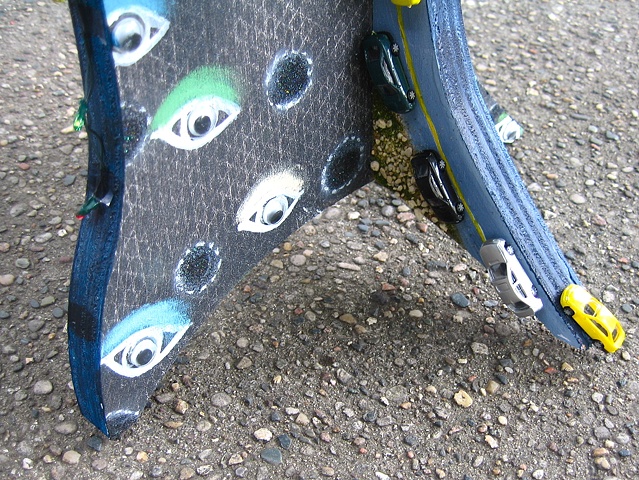 Close up of car driving on 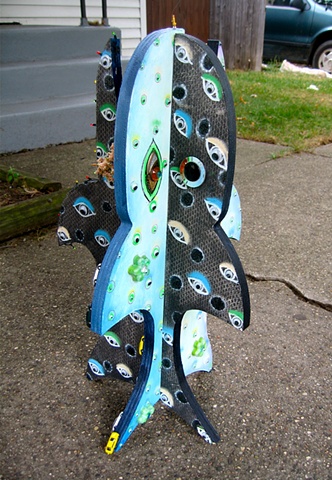 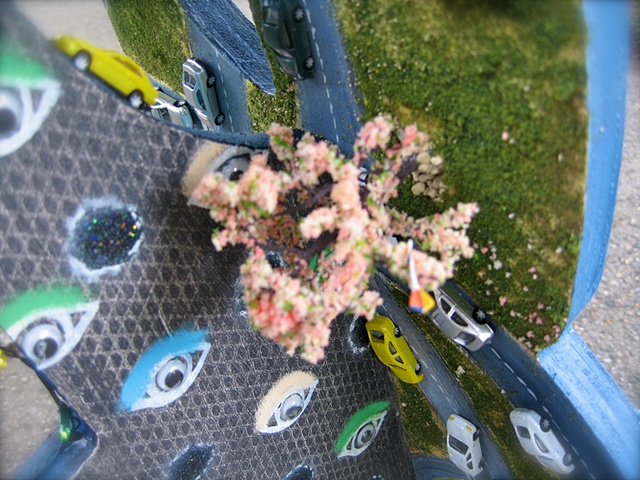 Looking down - kite in tree 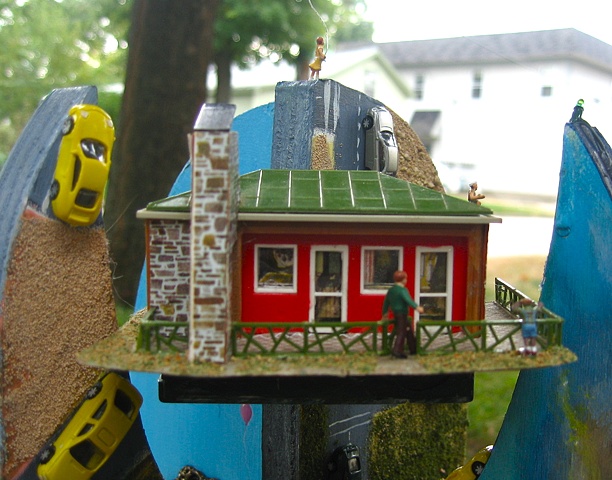 Close up of front of house 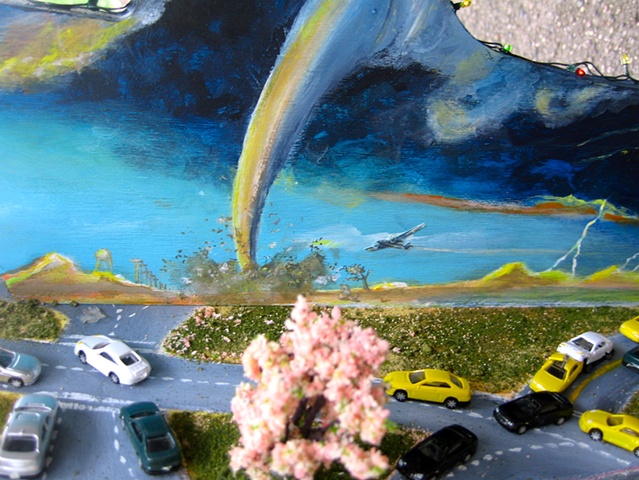 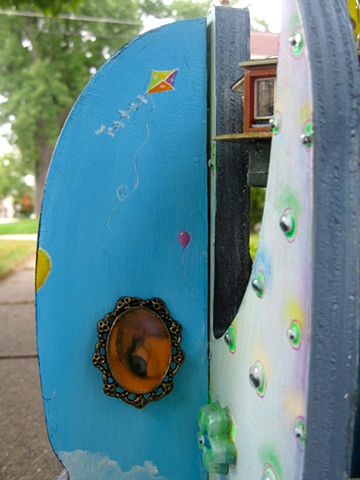 Calm side with acrylic eye 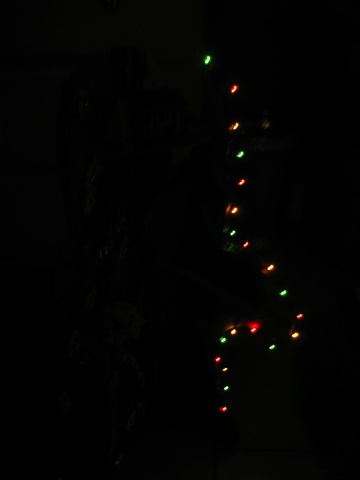 Mini lights in the dark 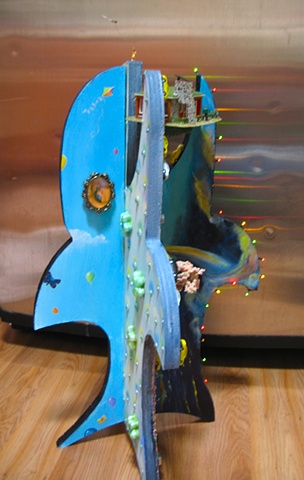 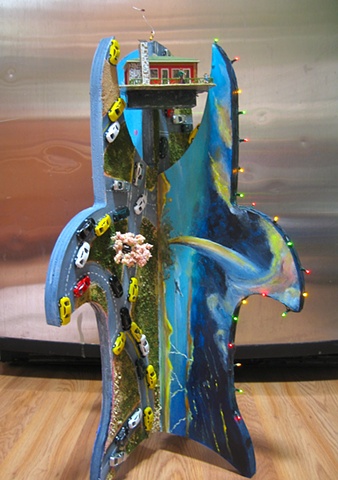 A good view of the mini lights 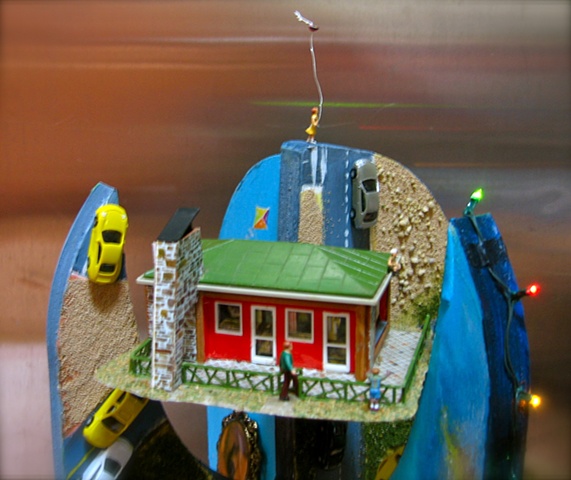